Superheroes mean so much to Daddy because the bravery and conviction of a good superhero made me believe I was one… and in many ways, I still do. 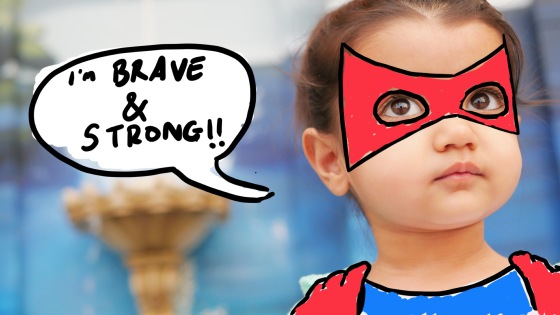 Daddy has always been a dreamer.  I’ve always immersed myself in the world of characters from fiction… particularly Comic Book fiction.  The idea that someone so powerful with such a sense of moral duty could exist has appealed to me since as far back as I can remember.  Now don’t get me wrong; I was drawn in by the less mature themes.  The crazy costumes, the weird and wonderful creatures and the elevated levels of cheesiness that come with comics and cartoons.  The fact that the Incredible Hulk was a radioactive, bright green rage monster and indiscriminately smashed things sucked the 6-year-old me in due to the sheer madness of it!

The tiny me continued down this path of absorbing what I was seeing and reading.  Superheroes were the best! Emulating them and pretending to be them was probably so pervasive to me because I could pretend I had more power than I actually did in a child’s somewhat powerless world of parents and teachers.  I felt like I could do anything with a towel safety pinned to the back of my t-shirt.

Comic books and the 1978 Chris Reeves – Superman movie were introduced to me by your Grandad.  I remember playing the TV recording on VHS (I’ll show you these in a museum one day), until it could be played no more.  Grandad even cut out the ad breaks for us and believe me it was more laborious task than pressing ‘Skip Ad’ on Youtube.  I read comics with your Uncle Sam, went to a local comic book store (Westside Comics) after school 2-3 times a week.  We drew Superheroes, we watched the TV shows and we literally basked in bright light our dreams would project.

As I got older, what I really loved to dream about were the ethics of Superman, the subversive justice of Batman, Spider-Man’s journey in accepting responsibility and Wolverines constant search for the meaning behind his animalistic instincts and immortality.  Since I was very young, I’ve explored these themes and, in all honesty, the fact that the Superheroes I read and watched were freakin cool, became the bonus!  I became more interested in the ‘why’ Superheroes were who they are.  The origin stories were always my favorite parts of any given saga.

Having never let up my passion for Superheroes, I’ve taken it upon myself to find real life significance in literal interpretations of comic hero morality.  I live by a mantra that all disguised Superheroes probably do.  I often look at the people closest to me think to myself ‘I need to protect you… I need to help you in any way that I can… I have that power… and with great power comes great responsibility’.  And never more so than whilst being your Dad! 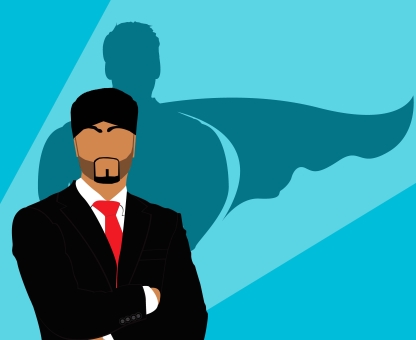 You’ve recently learned the phrase ‘brave & strong’.  You say it with so much gusto and its such a delight to hear you feel so powerful.  It’s exactly how I want you to feel.  I want you to be inspired to continue to feel that way, in any way that you see fit.  I won’t push the same influences I had on you and I’m all for allowing you to find your own way.  BUT, no matter what, I don’t want you to ever feel as though you’re not brave and strong.  You’re a little girl, who will become a woman in a world where the belief in fantastical superhuman strength will allow you to make the things that many feel are impossible, possible.  You have the potential to be a future game-changer for your sisters around the world.  You’re surrounded by strong women who really are super-human; and the same make-believe antics that made your Dad run around with a towel pinned to his back, so that he could fight crime and be the good guy will be the corner stone of a set of beliefs you will NEED.  Believe, and you will never be not-good-enough… believe and you will never need to self-depreciate to make others feel on par with your true greatness… believe and you will instill this belief in the people around you.

As you grow up, you’ll come to realise that your Dad is very child-like.  Not childish (there’s a difference J).  The child-like nature that I have is purely down to my stubbornness in not giving up the things I loved as a child.  The love a child has for something should always be respected and nurtured as it’s the purest form of undiluted love there is.  The honesty of children allow them to love without the fear of embarrassment or ridicule.  We only begin to fear these things as adults when our ego starts to get in the way of unconditionally committing to an ideal.

Superheroes mean so much to Daddy because the bravery and conviction of a good superhero made me believe I was one… and in many ways, I still do.